Last Saturday, our middle school team participated in the 2015 South Carolina FTC Championship. Five students and 3 mentors woke up really early that day to travel to Gaffney High school where the competition took place. The team chose to name their robot “Cupcake” because Mr. Stanek, one of the mentors, always makes sure there are cupcakes ready in the robot room for the hungry teenagers 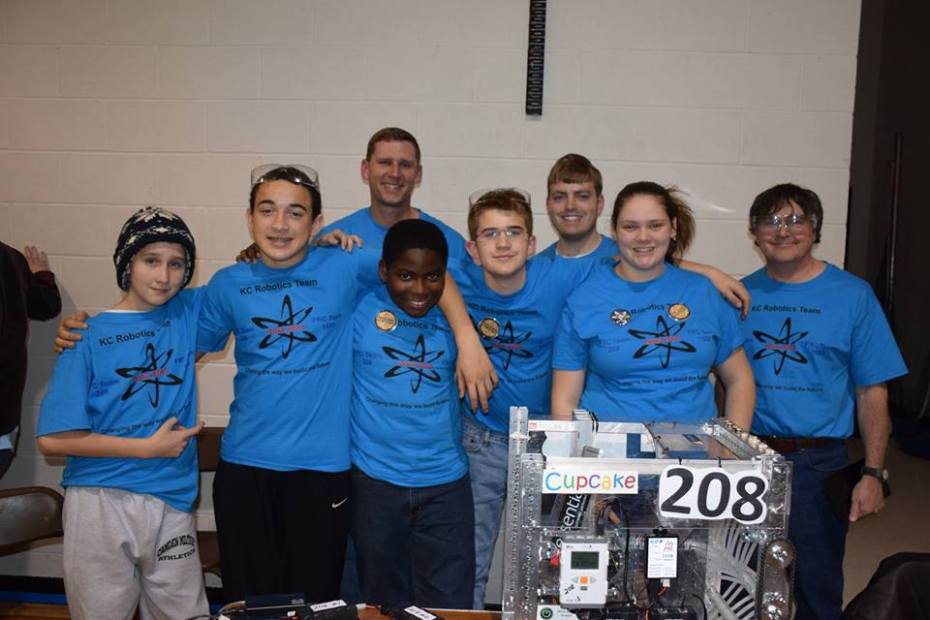 After arriving to the competition site, the team set up their toolboxes and the robot in the pit area and began checking the robot’s hardware and software before inspection. The robot passed both inspections with flying colors! After inspection, all the students had to participate in the judging section, in which students explain how the robot works to the judges.

Once the preliminary events were completed, the students were able to practice driving the robot on the competition field.

For the qualification matches, KC Robotics was able to participate with in 2 different alliances: Blacksburg High RoboCats and Aiken County School District Atomix,

By the end of the qualifying rounds, our team was ranked #3 overall, which gave the students the opportunity to select alliances. The team chose to team up with the hosting PokiBots, and the team from Charleston County School District.

During the elimination matches, one of the alliance robots did not function properly, and our team did not get to participate in the final round. However, the students were a great sport and exhibited Gracious Professionalism (c) throughout! In fact, the picture above was taken right after getting eliminated–look at those smiles!

During the awards ceremony, KC Robotics team was recognized for the following 2 awards:

The Inspire award is very special as it recognizes the efforts of the team as a whole and provides an invitation for the next tournament stage: the Super Regional Championship, in which teams from Texas to Florida compete for a chance to go to the National Championship.  We are elated about the opportunity to go and are currently working out the logistics to send students, mentors, and the robot to San Antonio, TX, in mid-March.

Below are the judging guidelines for both awards. Well done KC Robotics Team!