There have been some improvements since last Thursday’s meeting. The students met on Saturday and last Tuesday.

FTC Robot: students have made some improvements to the design including a new climbing system to go up the mountain and stabilize the center of gravity of the robot at an angle

FRC Robot: This weekend, the students and mentors were able to build some more practice field elements, including a mock tower. Today, the building team students were working on a ball launching mechanism while the programming team was writing code. 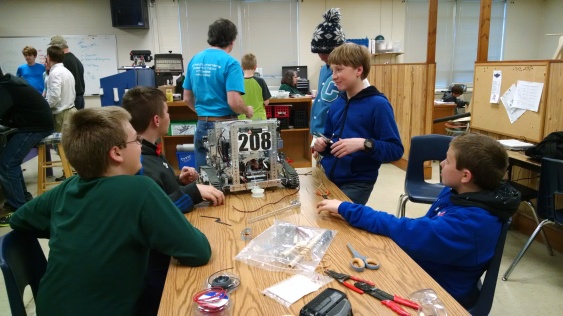 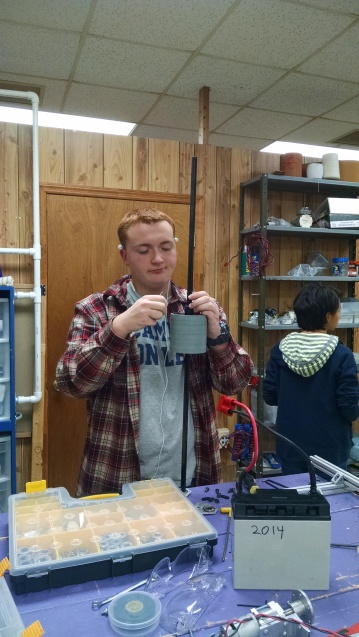 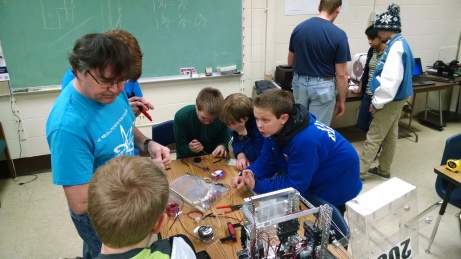